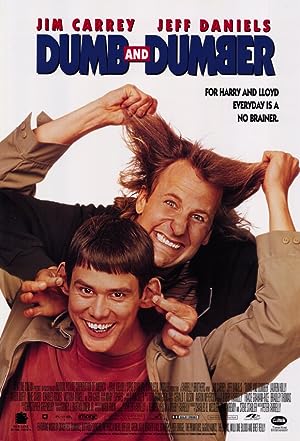 After a woman leaves a briefcase at the airport terminal, a dumb limo driver and his dumber friend set out on a hilarious cross-country road trip to Aspen to return it.