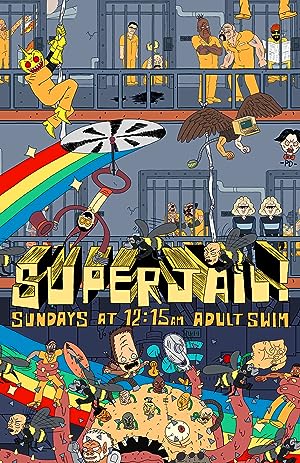 In a surreal world, a large maximum security prison, which houses thousands of dangerous inmates is run by an eccentric warden and his equally odd staff.