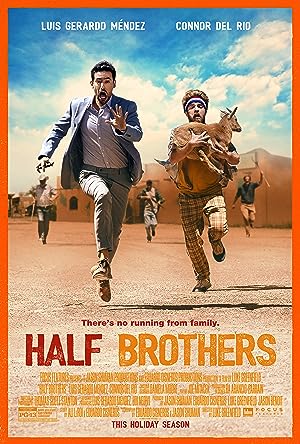 Renato, a Mexican aviation exec, is shocked to learn he has an American half-brother he never knew about, the free-spirited Asher. They are forced on a road trip together, tracing the path their father took from Mexico to the US.