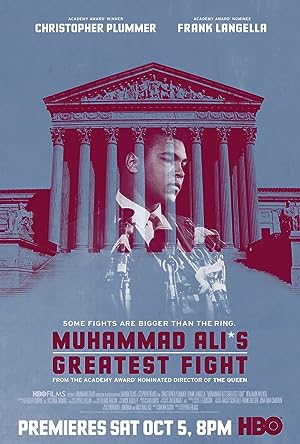 Ali’s biggest match, his fight with the US government. A film about the politics and hubris surrounding the Vietnam War and the revenge exacted on America’s greatest sportsman of the 20th century because he refused to fight in that w