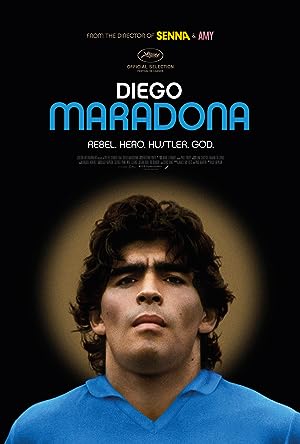 Constructed from over 500 hours of never-before-seen footage, this documentary centers on the career of celebrated football player Diego Maradona, who played for S.S.C. Napoli in the 1980s.