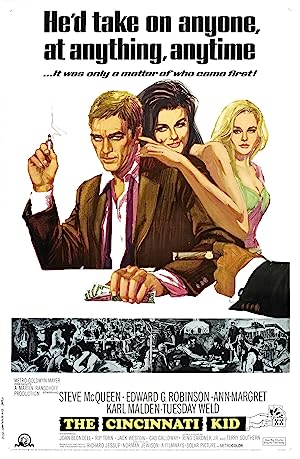 An up-and-coming poker player tries to prove himself in a high-stakes match against a long-time master of the game.