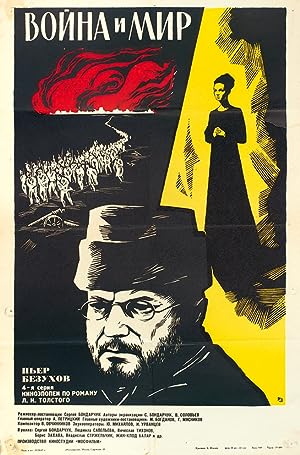 The 500,000 strong Napoleon’s army moves through Russia and causes much destruction culminating in the battle of Borodino. The Russian army has to retreat. Moscow is occupied, looted and burned down, but soon Napoleon loses control a