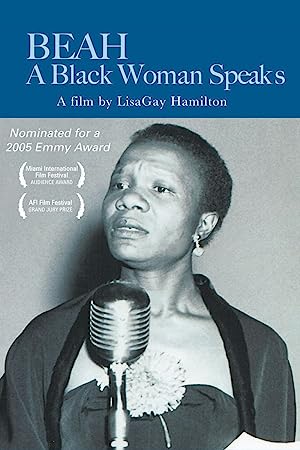 A profile of the African-American actress Beah Richards, who was nominated for an Oscar for her performance in Guess Who’s Coming to Dinner.