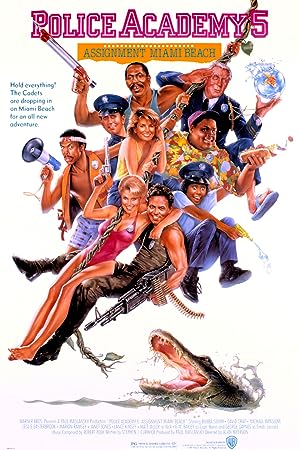 The Police Academy’s commandant will be honored at a police convention in Miami Beach. At the airport he picks a wrong bag with stolen diamonds. The “owners” want them back.