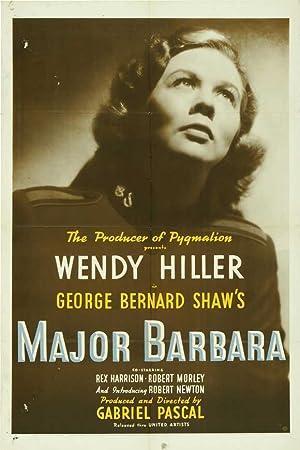 A young and idealistic woman, who has adopted the Salvation Army and whose father is an armament industrialist, will save more souls directing her father’s business. A comedy with social commentary.