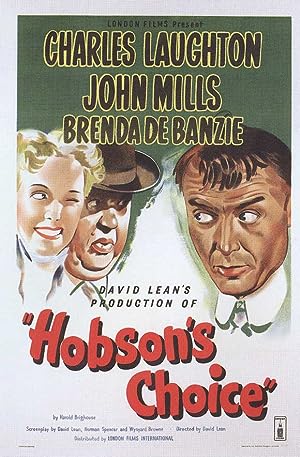 Widower Henry Hobson (Charles Laughton) is a successful bootmaker and a tyrannical father of three daughters who all want to leave him by getting married, but he refuses because marriage traditions require him to pay out settlements.