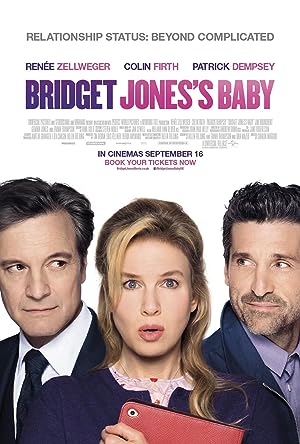 Forty-something and single again, Bridget decides to focus on her job and surround herself with friends. In a twist, she finds herself pregnant, but with one hitch – she can only be fifty percent sure of the identity of her baby’s fa