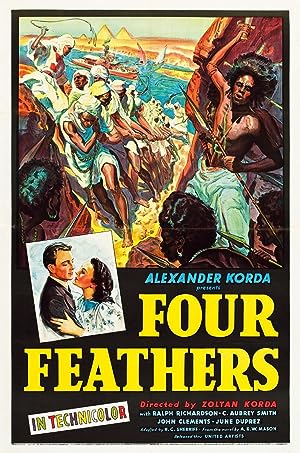 A timid 1880s British Army officer resigns, burning his last-day summons to war in Egypt. Accusing him of cowardice, his girlfriend and three friends give him white feathers. To gain redemption, he shadows his friends to save their l